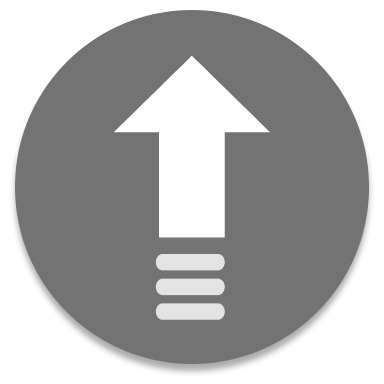 The one reason rummy is without a doubt India's favorite card game is that it has so many variants. You will never get tired of rummy. If you have mastered one version and want to try your hand at something new, just learn other rummy variants. Rummy games, whichever version you choose, will keep your brain occupied and help you to spend your free time in a more meaningful way.

Why are there so many rummy variants? Rummy is an ancient card game that has traveled to many countries and hence took different forms in different countries. Now, in the internet era, all these rummy variants are open to you. All you have to do is download a games app and start playing rummy games.
Here are some of the most popular rummy variants in India.
If you are new to rummy games or want to try out other rummy variants, here are a few versions you may like-

13 card rummy is popular because it is neither too complicated nor too simple. It is a thrilling skill game and you can play many matches in a day. Every player is dealt 13 cards that they have to arrange in valid sets (3 or more cards of the same rank but from different suits) and sequences (3 or more consecutive cards of the same suit). There has to be at least 1 pure sequence with a supported impure sequence. The remaining cards can be arranged into any combination of sets and sequences. The first one to be able to do so wins. Joker cards can be used to be placeholders for missing cards during the formation of valid sets and sequences.

Points Rummy
Undoubtedly one of India's most-loved rummy variants, Points rummy owes its popularity to its format that allows each round to be fast-paced and thoroughly enjoyable. It is challenging and very competitive. 2-6 players can participate in points rummy games. A monetary value is allotted to each point before the rummy game starts. The first person who arranges his/her cards in valid sets and sequences wins money equal to the sum of all the points of the opponents multiplied by the monetary value of the point.

Pool Rummy
This is another popular version of rummy games. This rummy variant is played with a pool of money. The entry fees that the 2-6 players who form a table pay decide how much the pool would be worth. There are 2 subdivisions of Pool rummy – 101 Pool and 201 Pool. If your points tally reaches 101 or 201, you are eliminated from the game. The person who emerges victorious wins the entry fee multiplied by the number of players. Pool rummy games take quite some time to finish because the players need to be eliminated one by one and the game ends only when there is one player left, the one with minimum points.

Deals Rummy
Deals rummy games are another version of 13 cards rummy. The number of deals or rounds is determined before the rummy games start. Deals rummy is played with chips. Chips are the equivalent of money. When a deal ends, the person who has arranged all cards into sets and sequences gets the opponents' chips. Once when all the deals are played, the person with the highest number of chips wins. Deals rummy is thrilling because it is so unpredictable. You may be off to a poor start but after a few deals, you might make a comeback and emerge as the winner in the end.

21 cards rummy games are a little different from 13 card rummy games. Each player gets 21 cards. The rules are more complex and the rummy games tend to run longer. To win, the participant must arrange his/her cards into-

Other than the printed jokers and cut jokers, in 21 cards rummy, there will also be upper and lower jokers. If 7 of Diamonds is the cut joker and if you also have 6 of Spades and 8 of Spades, then those 2 will be your lower and upper jokers. This combination, called a marriage, wins you 100 points.

Gin rummy is played with 2 players but even 6 players can play gin rummy games. Each player is given 10 cards and 1 deck is used. The unique feature of gin rummy games is the 'knock' feature. If the sum total of your unmatched cards is less than 10, you can 'knock' without arranging all of your cards into sets and sequences. If your opponent's unmatched cards' value is more than 10, then you win.

So, there you go, we gave you a brief description of the different types of rummy games. You can download a games app like Paytm First Games and start playing rummy online anytime you want.