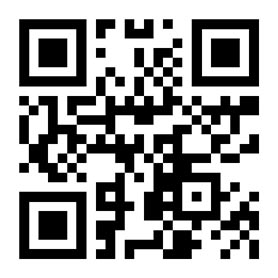 Scan to get app
x

Paytm First Games is an all-in-one app for people who love Sports, Card Games, Tournaments, Trivia & everything entertainment. With Paytm First Games, you can not only enjoy fantastic games but also earn Paytm cash every day! Our 300+ games can be enjoyed alone as well with real people in real-time.
Paytm First Games gives you a 360-degree gaming experience which is inclusive of all genres. Fast-paced arcade, fun & action, racing, sports, puzzles, Paytm First Games has it all for the gamer in you! Paytm First Games is India's most rewarding gaming platform where users can win up to Rs. 5 Crore Paytm cash daily. A paradise for gamers, where they can play over 200 fun games & contests that could be enjoyed alone as well with real people in real-time!
We are the biggest gaming community in India with more than 4.5 crore gamers. With big winnings and smooth user experience, Paytm First Games has fast become India's first choice for Fantasy Games and Rummy.

Gone are the days when you had to download bulky games, only for it to get monotonous and deleted later. Paytm First Games features the most engaging puzzles and action games that reward you with loads of prizes and real money.

An important segment of the platform is the Battle Centre that is home to a plethora of player vs player games. Compete with friends and other gamers in various gaming categories and prove that you are the best among them all.

What is Battle Centre?

Battle Centre sees many popular puzzle and action-based games under one roof for some multiplayer fun. These games function on a player vs player gaming format. The primary objective of these games is to beat the top scores made by other players and make your way up the leaderboard. This makes Battle Centre a highly dynamic one on one gaming experience where the competition never ends.

The games in this collection are simple yet captivating. Thus, anyone can join Paytm First Games to try their hand at any game in the Battle Centre collection. Players can join these games by spending a few points earned through daily spins and other activities. When players win a game, the money is directly transferred into the Paytm Wallet.

Multiplayer games have been around for quite a while now. While player vs player games were often played in analogue arcades for years, they made their way online only in the 1990s. India joined the trend in the mid-2000s as cheap and high-speed internet became common across the country.

Since then, multiplayer games have transitioned from PCs to smartphones. One of the biggest mobile gaming markets in the world, India is now at the centre of attention with its multi-million user base.

Paytm First Games has been built as a platform that appeases diverse tastes of India's evolving gaming population. Paytm First Games is able to do so with a multiplayer game collection that regularly updates and grows. Also, since gamers spend countless hours honing their skills, the platform rewards them with cash prizes upon surpassing the existing records.

How to play Battle Centre

The games on the Battle Centre are fairly simple with a short and easy learning curve. But sustaining performance on a competitive level is equally difficult. Hence, practice is key in such games in order to understand and perfect the gameplay. Competing against numerous other players does increase the challenge to reach a high score, but it also brings in a fresh air of excitement to the whole gaming experience.

Boosts self-confidence - Multiplayer games often feature a prize that is given to top scorers. This reward makes for a strong motivation among players and fosters healthy competition between them. When winning a game against other expert competitors, players can experience improved self-confidence. This boost can, in turn, impact the overall personality of an individual.

The platform is tailor-made for the Indian populace that is always on the lookout for fresh, challenging games to pass the time. Players can also add their friends on the platform and discuss games on the in-built chat system.

But the biggest highlight of Paytm First Games is surely the opportunity to earn money. However, it is not just Paytm cash that players stand to win, the points from a game can also be used to unlock discount coupons from various partner platform. So, join Paytm First Games now and make the most of this engaging gaming experience.
Ⓒ Paytm First Games Private Limited
All Rights Reserved
Download Now and Get
50